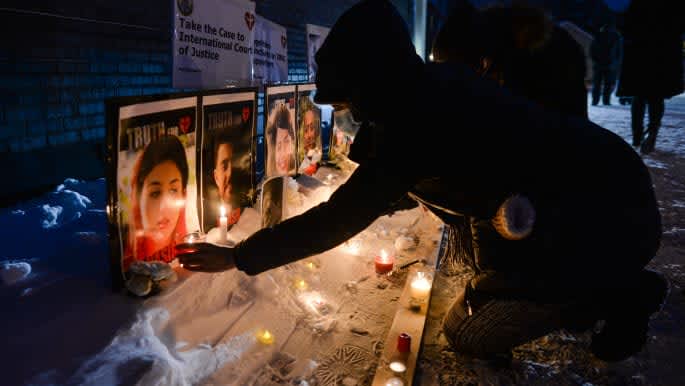 Canada’s football governing body on Thursday said it had cancelled a friendly match with Iran, as families of the victims of a passenger jet downed by Iranian air defences campaigned against the match. News of the scheduled match, which was set to take place on 5 June in Vancouver as part of preparations for the 2022 World Cup in Qatar, had drawn ire from the families of those who died aboard Flight PS752 two years ago. Canada Soccer announced that the match had been cancelled via Twitter, without giving a reason. International investigations found that Iran’s Islamic Revolutionary Guard Corps…