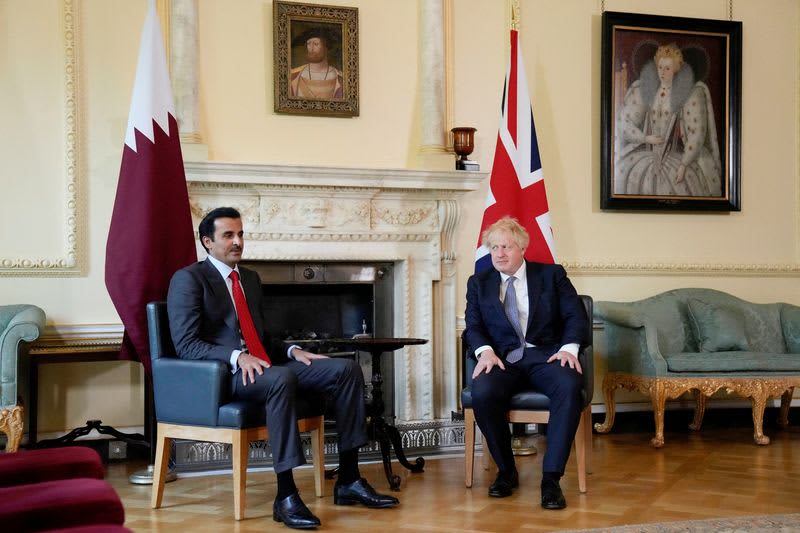 LONDON (Reuters) – Britain said on Tuesday it had agreed a new Strategic Investment Partnership with Qatar on Tuesday which will see the Gulf state invest up to 10 billion pounds ($12.5 billion) in the next five years. The investment, which will cover sectors such as fintech, life sciences and cyber security, was signed during a visit by Qatar’s ruler, Emir Sheikh Tamim bin Hamad al-Thani, to London. “Qatar is a valued partner for the UK, supported by Sheikh Tamim bin Hamad’s leadership,” British Prime Minister Boris Johnson said. “We had a rich discussion on the issues that matter to both of …