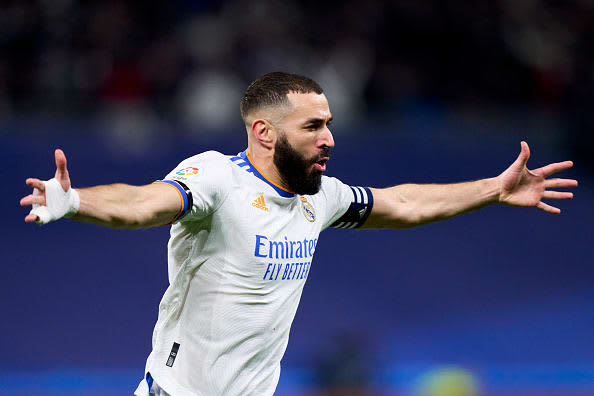 Karim Benzema is playing arguably his best soccer at the moment. The 34-year-old striker looks to be in the best shape of his life and is showing no signs of slowing down. He is set to play in his fifth Champions League final. He will be participating in his third World Cup, representing France. Keep up with all of our soccer content. This season, Benzema scored a career high of 27 goals in La Liga, allowing him to win the Pichichi Trophy for the first time. In addition, his 15 goals in the Champions League so far this season are a career high, as well. He is currently the top scorer in this s…